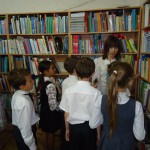 The collection of V. Sukhomlynskyi State Scientific and Pedagogical Library of Ukraine holds more than 15,000 documents in the English, German, French, Polish, Italian, Czech, Bulgarian and other languages published abroad. It includes Foreign Language Publications Issued in the 17th – the early 20th centuries collection which consists of more than 2,000 rare books and periodicals dated 1615 – 1917, a part of them belongs to a scientific object, which constitutes a national cultural heritage of Ukraine (the Resolution No. 1709adopted by the Cabinet of Ministers of Ukraine on 19 December 2001. The collectionpresents textbooks, training manuals and encyclopaedias on different areas of knowledge: pedagogy, psychology, geography, chemistry, physics, mathematics and philosophy; fiction is also widely represented. 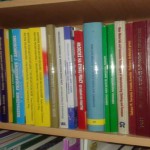 Starting from 1918 and up to the present the Foreign Language Documents Collectionis universal in content and subject. In different years it was replenished with the gifts presented bysuch international organisations as the Austrian Embassy, the British Council in Ukraine, the French cultural centre, Goethe-Institute, the Ukrainian-American Seibr-Svitlo (Sabre Light) Charity Foundation and the famous British Macmillan publishing house. The Polish Academy of Sciences has made a significant contribution to the replenishment of the collection: 500 collected scientific papers, materials of conferences, seminars, professional textbooks and manuals covering the development of sciences about education, pedagogy and psychology abroad.

The world-knownBritannica(1998) and Americana (1998)encyclopaedias are kept in the library. 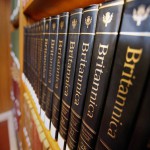 The Britannica is the most complete and the oldest universal encyclopaedia in English. It was first published in 1752 as theEncyclopædia Britannica, or A Dictionary of Arts and Sciences. The encyclopaediashould have been a practical tool on different scopes of activity, andit should have contained only valid scientific information arranged alphabetically. In1771 the Britannicahas only three volumes. The encyclopaedia was very popular among the readers, therefore, it was constantly improved, enlarged and reprinted. Our library holds the 15th edition of this encyclopaedia issued in 1998. All the volumes of the Britannica contain about 32,000 pages, more than 65,000 articles, 24,000 photographs, maps and illustrations. 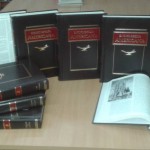 The Americana is a world-known American encyclopaedia, the first edition of which was issued in 1903 – 1904 in 16 volumes. The library holds its 30-volume edition published in 1998. The Americana is intended for the general public, it includes articles on natural and exact sciences, engineering and economics, as well as information about some literature, music, fine arts. As a rule, it contains articles presenting short information about something; but there are also articles written in the form of a review, in particular they describe countries and historical events (e.g.The Eighteenth Century, The Twentieth century). The information about the United States of America and other countries of North and South America is given in detail (biographies of the American figures, the American States, cities, establishments). The encyclopaedia was written by 6,500 contributors; it includes over 9,000 bibliographies, 150,000 cross-references, 1,000 tables, 1,200 maps, and almost 4,500 black-and-white and colour images. 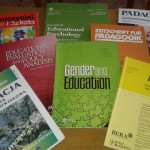